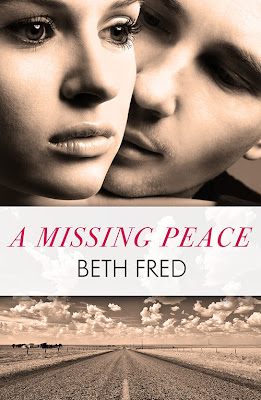 
A turbulent, emotionally charged YA novel that breaks down barriers and challenges the status quo...
Angry, seventeen-year-old Iraqi war refugee Mirriam Yohanna hates her new life in Killeen, Texas, where the main attraction is a military base, populated with spoiled army brats like Caleb Miller.
Caleb has much to be angry about too, including Mirriam who turns him down flat in front of everyone. Eager for retribution, Caleb agrees to a dare that will see him take Mirriam to the prom and regain his pride. But their relationship soon moves beyond high school antics. Mirriam and Caleb are bound together by more than location, and as they are forced to work closely together on a school assignment, they start to uncover an explosive story that has the potential to ruin lives — and both of their futures. One single truth changes everything and strengthens their bond.
When Mirriam's family discovers their relationship, they decide it's time to arrange her marriage to a proper Iraqi man. Caleb must convince Mirriam that he is in it for forever — or risk losing her for good.

My thoughts:
Mirriam and Caleb are characters that I really enjoyed right from the start. First Caleb is obviously attracted to Mirriam but she shoots him down, embarrassing him in front of their classmates. Then Caleb gets caught up in a dare that involves him taking Mirriam to the prom. I loved this because the more time these two spend together, the more the chemistry between them developes. Yet they have so much working against them. The contrast and the conflict work really well in the story and heighten the bond that develops between Caleb and Mirriam.

I've had relatives and friends in the military, and I thought the military part of the storyline was done really well. I loved how that plotline was woven into the relationship between Caleb and Mirriam. It added a lot of conflict, intrigue, and really kept you guessing. This is definitely a book that held my attention from start to finish.

Just for fun: The first thing I thought when I read this was that this book is definitely controversial, and that is going to draw readers. Who doesn't love a good controversy? So now I'm asking you to share the last contoversial book you've read.
Posted by Kelly Hashway at 12:00 AM