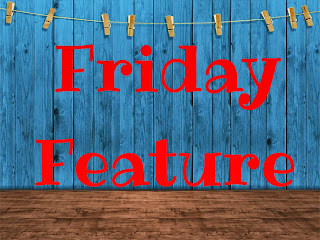 Since the death of her parents, Callan Blair has been shunted from one foster family to another, her dangerous secret forcing the move each time. Her latest foster family quickly ships her off to an exclusive boarding school in the Cumbrian countryside. While her foster-brother James makes it his mission to get Callan expelled, a nearby ancient castle holds the secret doorway to another land...

When Callan is forced through the doorway, she finds herself in the magical continent of Tardith, where she’s shocked to learn her schoolmates Gawain and Darrion are respected soldiers in service to the king of Nordaine, one of Tardith's realms. More than that, the two are potential heirs to the Black Knight—Nordaine's crown prince.

But when the Black Knight fails to return from a mysterious trip, the realm teeters on the brink of war. Darrion and Gawain set out to find him, while Callan discovers there is more to her family history than she thought. The elves are claiming she is their princess.

Now with Darrion growing ever more antagonistic and her friendship with Gawain blossoming, Callan must decide whether to stay in Nordaine—where her secret grows ever more threatening—or go to the elves and uncover the truth about her family before war sets the realms afire.

Today I have the very awesome Misha Gericke talking about: When is a good time to give up on a story? Take it away, Misha!

Is it when the story doesn’t live up to your expectations? Or when you just don’t feel your characters anymore? How about, if you have a newer, better idea? Or if you lost 90% of what you wrote in a computer crash and just don’t have the heart to start again?

Honestly, I think any of these can be valid reasons to stop working on a project. Writing is a deeply personal thing, so every writer has his/her reason why an idea can’t be taken to the end.

I don’t however, recommend that you throw your work away. Don’t give up on an idea. Just give it a rest. Even if the rest is indefinite, there’s still a difference from giving up. A small one, but vital.

Often, problem stories aren’t bad. We just don’t have the skills to take them where they need to go. But those skills can and will be learned as you work on other projects.

If there’s a newer, better idea that makes your current one look like a pre-school project, rest it until you know how to make it better. I’m not saying you should flit from project to project willy nilly without getting anything done, though. But especially in the beginning of your writing journey, you’ll learn things that’ll help you create better, more solid ideas. If it feels like the first idea is seriously inferior to the second, distance from the first might actually be a good idea.

The same with emotional reasons. Some books take too much out of us. Or we’ve moved on before we could finish the story. Anything like that. It’s not wrong to put the book aside.

Just don’t ever throw a story away. Maybe you’ll get back to it. Or maybe there’s a core idea in there that you’ll need for another story. It happens!

Mark Twain wanted to write a sequel to The Adventures of Tom Sawyer. After working on it for some time, he realized the story simply wasn’t coming together right. He shelved it. For years. One day, though, he realized that Huck Finn had something important to say, so he started again. The result was The Adventurs of Huckleberry Finn, a book that’s widely regarded as the great American Novel.

Maybe your shelved book is next.

Have you ever shelved a book, only to come back to it once you figured out how to make it better? Or when you realized you wanted to write it after all?

Bio
M. Gerrick (AKA Misha Gericke) has basically created stories since before she could write. Many of those stories grew up with her and can be seen in her current projects.
She lives close to Cape Town, with a view over False Bay and Table Mountain.

If you’d like to contact her, feel free to mail her at warofsixcrowns(AT)gmail(DOT)com, Circle her on Google Plus or follow her on Twitter. If you'd like to see her writer-side (beware, it's pretty insane), please feel free to check out her blog. You can also add The Vanished Knight on Goodreads.