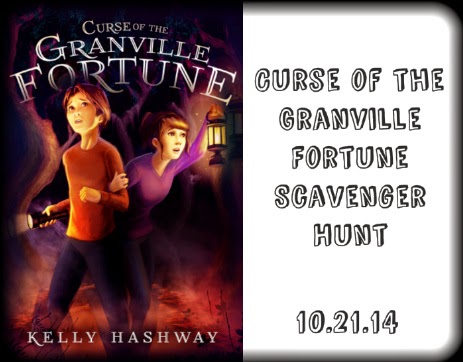 Curse of the Granville Fortune officially releases into the world today! This middle grade fantasy adventure involves a race to a treasure, so there's a scavenger hunt to celebrate.

But first, check out the cover and blurb: 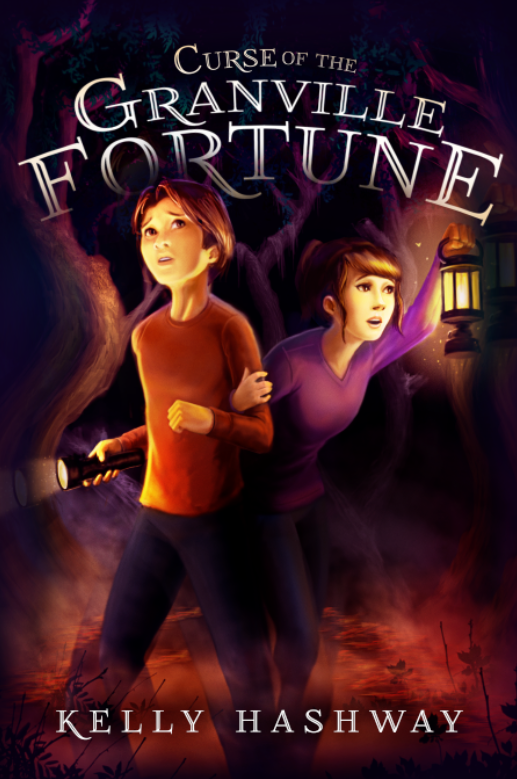 Find the fortune, break the curse!

The hunt is on for an ancient treasure tied to nine-year-old J.B.'s family history. He's been having visions that make him sweaty, lightheaded, and certain he’s turning into some kind of freak—or worse, going insane. But things are worse than he imagined. The visions stem from a family curse. An ancient ancestor was accused of stealing the massive Granville fortune, and now J.B.’s entire family will suffer.

To break the curse, J.B. must find and return the Granville’s stolen property. But he's not the only one searching for the treasure. As he sets out on his journey through a dark and foreboding forest, he'll battle his worst fears and fight terrifying creatures along the way. And when he meets two others who share the missing pieces of his visions and suffer from the same curse, the three soon realize they need to work together to break the curse before it's too late.

Order it on Amazon or B&N.

Now for the scavenger hunt. Below is a list of bloggers helping out with the hunt. Visit each of their pages and collect a letter that is "hidden" in their post in either a different color or a larger font size. See what I did there? Hmm, is that the first letter clue? ;) If you go through the list in order, the word will spell itself out for you. If you don't go in order, you'll have to unscramble the word. Either way is fine and totally up to you. Then enter the word on the rafflecopter form for bonus entries. You don't have to find the word to enter the giveaway, but the word will earn you the most entries.

What's up for grabs? 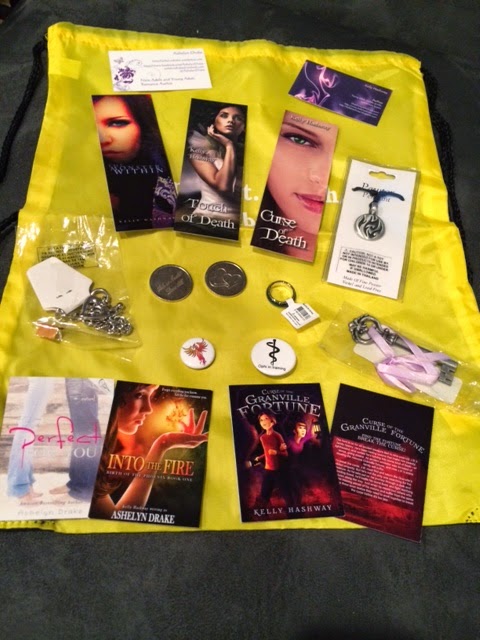 SWAG from ALL of my books!

Yes, that's right. There's a drawstring bag, coins, buttons, a mood ring, a heart bracelet, a flame pendant, trading cards, a key, and bookmarks! All this loot could be yours!

a Rafflecopter giveaway
Posted by Kelly Hashway at 12:00 AM