Friday DOUBLE Feature: Vanquished and Catch Me When I Fall 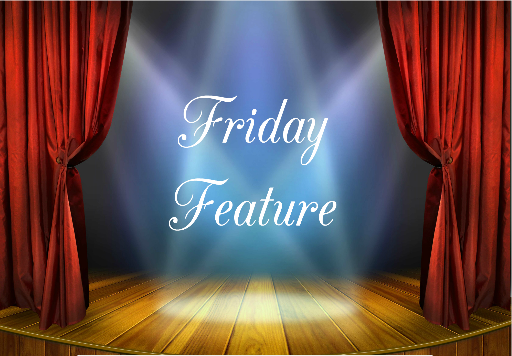 I have a treat for you today. I've read this debut YA series and it's great. I'm so happy to welcome Katie Clark to my blog!

The Making of Vanquished

Thank you for having me today! I’m thrilled to introduce your readers to my debut novel, Vanquished. People are always asking me how I got the idea for Vanquished, and since it’s a story I love telling I am happy to share it.

This wasn’t an easy idea. It came to me in bits and pieces over the course of a few years. It started with the main character, Hana. I was always thinking about this girl. This strong but vulnerable girl. She wanted to believe in the life she’d been led to live. She wanted to follow the rules. Except she couldn’t.

At that time, I had no idea what brought about her unhappiness or dissatisfaction, I only knew she needed to work toward something more.

Fast forward a year or two, I was given the idea to write a story set in a world where there was no God. No Bible. No religion. Would this world be better? Worse? And how? I had no idea how to make this story happen, but the idea stuck in my head and percolated.

Finally, the two halves came together to make a whole. One day I was sitting in church (yes, I admit I was daydreaming), and it hit me. These two stories were the same story. Hana was dissatisfied because she suspected there was more than met the eye in her city, and she set out to find it. Her mom was sick, and she needed answers. What she uncovered went way beyond hidden medications and technology—what she found was the truth that the God she’d been told was myth might not be myth at all. The story just flew from there, and it didn’t end for three books!

I hope you all enjoy it, and to celebrate I’m giving away an e-copy of Vanquished! I’ll choose one lucky commenter at random, so leave your name and email address below for a chance to win. Thanks for stopping by! 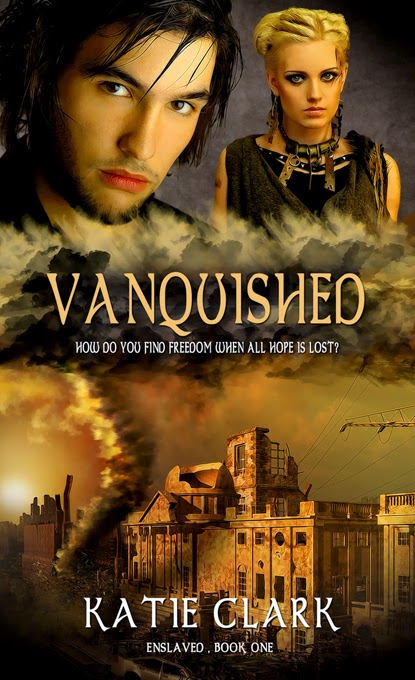 About Vanquished:
When Hana’s mom is diagnosed with the mutation, she is denied the medication that might save her life.  Fischer, a medic at the hospital, implies there are people who can help—except Hana’s not sure she can trust him; Fischer is involved in a religious group, and religion has been outlawed for the last hundred years.  Hana embarks on a dangerous journey, seeking the answers Fischer insists are available. When the truth is uncovered does Hana stick to what she knows?  Or does she join the rebellion, taking a stand against an untrustworthy society? 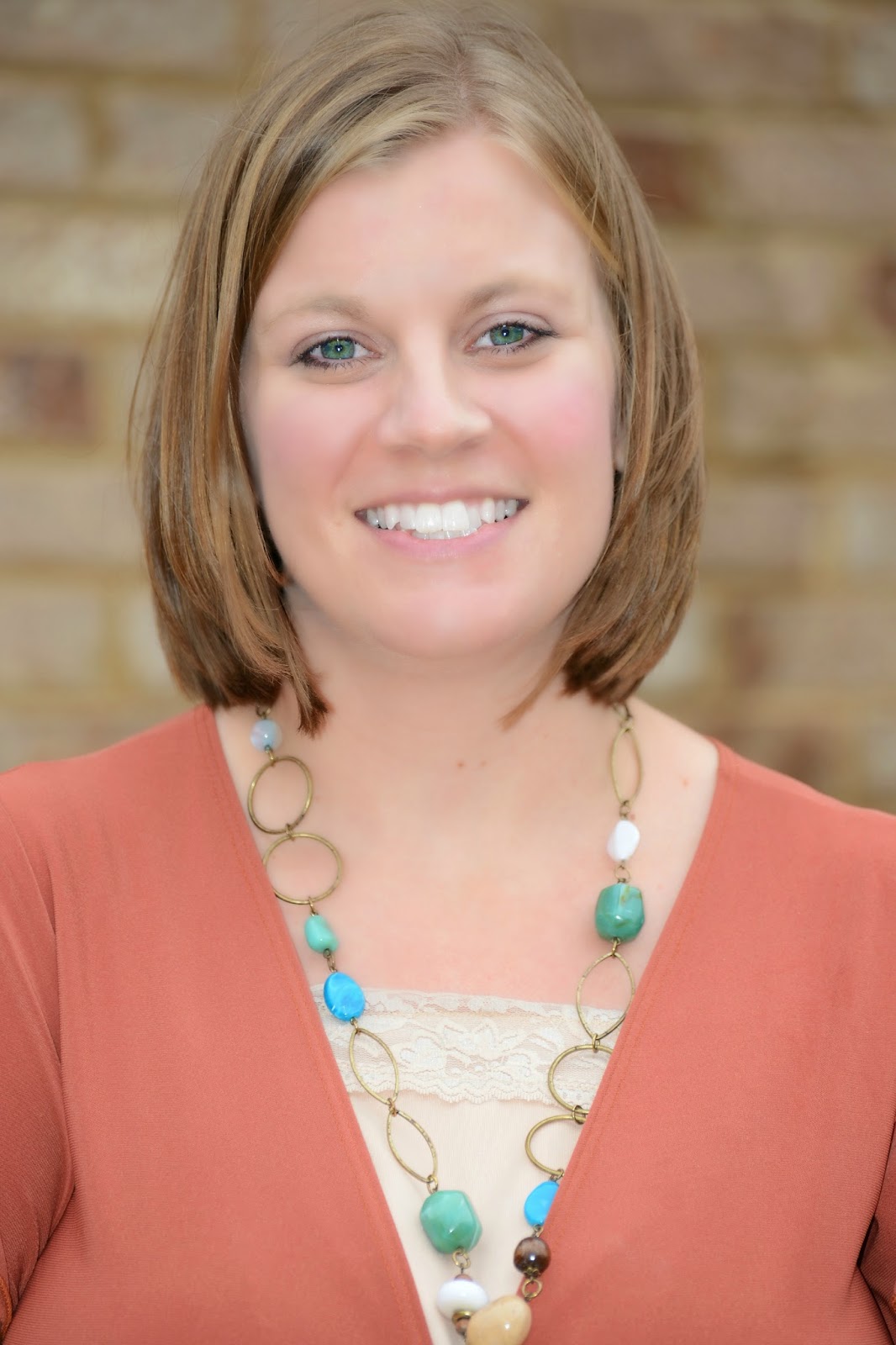 KATIE CLARK writes young adult speculative fiction, including her dystopian Enslaved Series, made up of Vanquished, Deliverance, and Redeemer. You can connect with her at her website, on Facebook, or on Twitter.

Make sure you comment below for a chance to win an ebook of Vanquished!

That's not all. My agency sister, Vicki Leigh, is also have a blog tour for her new release, Catch Me When I Fall.

Catch Me When I Fall, by Vicki Leigh 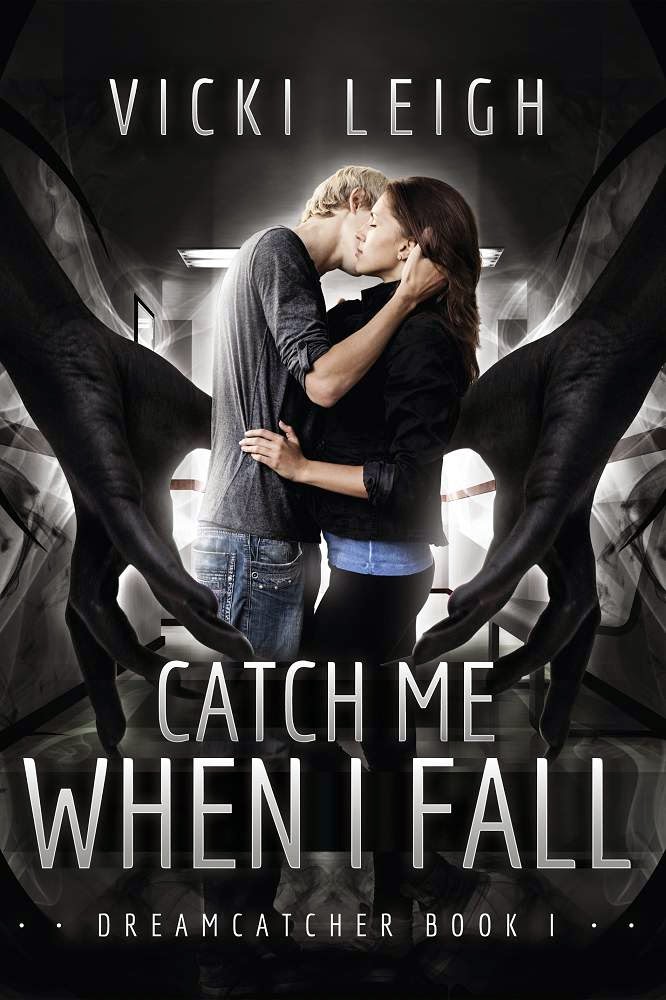 Recruited at his death to be a Protector of the Night, seventeen-year-old Daniel Graham has spent two-hundred years fighting Nightmares and guarding humans from the clawed, red-eyed creatures that feed off people’s fears. Each night, he risks his eternal life, having given up his chance at an afterlife when he chose to become a Protector. That doesn’t stop a burnt-out Daniel from risking daring maneuvers during each battle. He’s become one of the best, but he wants nothing more than to stop.

Then he’s given an assignment to watch over sixteen-year-old Kayla Bartlett, a clinically depressed patient in a psychiatric ward. Nightmares love a human with a tortured past. Yet, when they take a deep interest in her, appearing in unprecedented numbers, the job becomes more dangerous than any Daniel’s ever experienced. He fights ruthlessly to keep the Nightmares from overwhelming his team and Kayla. Soon, Daniel finds himself watching over Kayla during the day, drawn to why she’s different, and what it is about her that attracts the Nightmares. And him.

A vicious attack on Kayla forces Daniel to break the first Law and reveal his identity. Driven by his growing feelings for her, he whisks her away to Rome where others like him can keep her safe. Under their roof, the Protectors discover what Kayla is and why someone who can manipulate Nightmares has her in his sights. But before they can make a move, the Protectors are betrayed and Kayla is kidnapped. Daniel will stop at nothing to save her. Even if it means giving up his immortality.

We followed Kayla to her dining hall for lunch. The room was large with white walls and a white, tiled floor. Steel tables and chairs were bolted to the ground. Kayla sat near a window in the far corner of the room with one other boy, a red-haired, freckle-faced kid with glasses that covered the top half of his face. He spoke with a bit of a lisp, and he rocked back and forth as he conversed with Kayla. Still, he appeared to be quite intelligent.
“Did you ever read Charles Darwin’s theory on evolution? Maybe we’re not crazy at all, but instead, we’re fundamentally different from the rest of the universe because we can see things and hear things. Maybe we’re supposed to be part of this super army that protects other people like us when the zombie apocalypse takes over the world and destroys all the people who haven’t mutated like us.”
Okay, maybe he was crazy.
Kayla smiled. “So, we’re going to be like X-Men during a zombie apocalypse?” She listened with intensity, as if she was truly interested in hearing what he had to say, and although his idea was absolutely idiotic, she had replied with a level of kindness I never would have managed. Impressive.
“Exactly! Ooh, I know. You could be Rogue, and I’ll be Cyclops.”
Kayla’s head tipped backward as she exploded with genuine laughter. “Why Rogue? I mean, maybe I want to be Storm. She’s badass, you know.”
“Yeah, but you’re pretty, like Rogue.”
Kayla blushed as if she hadn’t gotten those kinds of comments a million times. “Well, thank you.” She patted his hand.
He smiled and looked down at where her fingertips touched the back of his hand. Then he looked over his shoulder and glared. Kayla’s instant frown made me spring up on the balls of my feet.
“No, you’re wrong!” He yelled at an empty spot in the room.
Kayla grabbed his wrist. “Marcus, calm down.”
He snatched his wrist out of her grasp and turned in his chair toward whatever invisible person he screamed at. “No! I don’t have to listen to you! She’s my friend.” He stood up and marched over to the empty space, swinging like he was backhanding someone.
Kayla jumped from her seat and stood in front of him. She placed her hands on his upper arms. “Marcus, they aren’t going to hurt you.”
“Get off me!” He shoved her away from him, hard. Not weighing much, Kayla flew into the chair behind her. Bolted to the floor, the chair didn’t budge. She yelped in pain and crashed to the ground.
I took a step toward her, every fiber in me wanting to make sure she was okay. But then I remembered what I was and ground my teeth.
Seeing the violence, the nurses rushed in. Two of the bigger men grabbed Marcus as he fought them, eventually having to resort to a tranquilizer to calm him down. Two others jogged to Kayla where she sat on the ground, her eyes wet with tears. She clutched her side where her ribs had hit the metal chair. I balled my hands into fists, angry that I could do nothing but watch as the nurses helped her to her feet and led her out of the cafeteria.

Find Catch Me When I Fall Online: 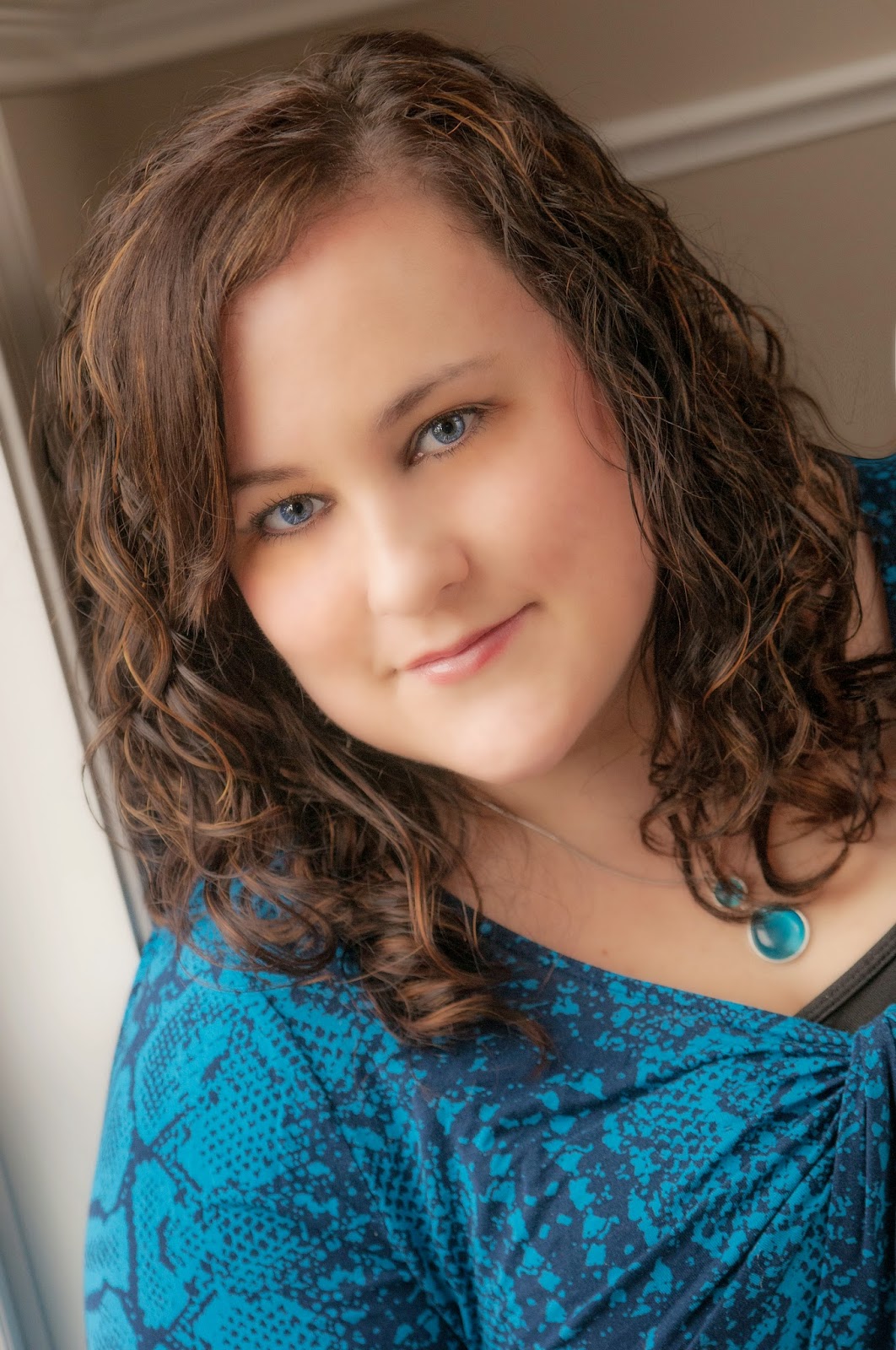 About The Author:
Adopted at three-days-old by a construction worker and a stay-at-home mom, Vicki Leigh grew up in a small suburb of Akron, Ohio where she learned to read by the age of four and considered being sent to her room for punishment as an opportunity to dive into another book. By the sixth grade, Vicki penned her first, full-length screenplay. If she couldn’t be a writer, Vicki would be a Hunter (think Dean and Sam Winchester) or a Jedi. Her favorite place on earth is Hogwarts (she refuses to believe it doesn’t exist), and her favorite dreams include solving cases alongside Sherlock Holmes.

Vicki is an editor for Curiosity Quills Press and is represented by Sarah Negovetich of Corvisiero Literary Agency.